New York based composer and musician Kaoru Watanabe grounds his work in traditional Japanese music while exploring a startling array of musical worlds. He has collaborated with MacArthur “genius” Jason Moran, cellist Yo-Yo Ma, multi-media artist Laurie Anderson, flamenco dancer Eva Yerbabuena, visual artists Simone Leigh, director Wes Anderson (as advisor, composer, and featured musician on the Oscar-nominated score of Isle of Dogs), Japanese National Living Treasure Bando Tamasaburo, dancer Mikhail Baryshnikov and Silkroad (he was a featured guest on the Grammy Award-winning album Sing Me Home). After graduating from the Manhattan School of Music where he studied jazz flute and saxophone, he moved to Japan to eventually become a performer and artistic director of iconic drumming ensemble Kodo.

In 2018, Watanabe debuted as an orchestral soloist and composer with the Sydney Symphony at the Sydney Opera House. He is an advisor, composer, and featured musician on the Oscar-nominated score of Wes Anderson’s film Isle of Dogs, and was a guest artist on the Silkroad’s Grammy Award-winning album Sing Me Home.

Born to Japanese parents who were both members of the St. Louis Symphony Orchestra, Watanabe started playing Western Classical music at an early age. He graduated from the Manhattan School of Music as a jazz flautist and saxophonist, and spent a decade in Japan performing with and eventually directing the internationally acclaimed taiko ensemble Kodo. As a specialist on transverse bamboo flutes such as the shinobue, noh kan and ryuteki, and on various Japanese percussion instruments, Watanabe returned to New York City to continue developing his musical voice. Watanabe has performed his compositions at such venues as Carnegie Hall, Lincoln Center, Boston Symphony Hall, The Kennedy Center, and Kabukiza, and he continues to perform regularly across North, Central and South America, Europe, Asia, and Australia. A passionate educator, Watanabe has taught courses at institutions such as Princeton University, Wesleyan University, and the Tanglewood Music Festival 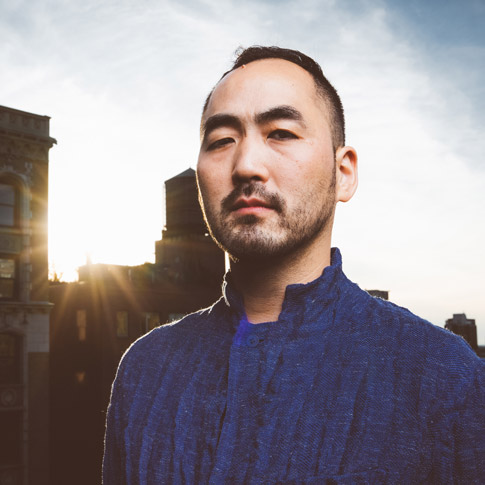