At the end of a big week of ideas, sound, rhythm, melody, textures, moods, listening, watching and sharing, we can all slow down, take stock and enjoy master cellist-singer-improviser John Napier and an eclectic range of percussionists in Meditation Hour.

Conceived and directed by Taikoz and BOOM! Artistic Director Ian Cleworth, Meditation Hour sees a rota of soloists move in and around, on and off stage, improvising over an ever-changing sound design by composer Timothy Constable and resonating temple bowl. Meditation Hour is an immersive experience for performers and audience alike: sit, lie, stand, move and meditate with us on the stage of the Everest Theatre and enjoy a calming, refreshing 60 minutes of sound, texture and feeling.

Ian Cleworth co-founded Taikoz in 1997 with shakuhachi Grand Master Riley Lee and has been the ensemble’s Artistic Director since. In 2005 he became full-time with the group after having spent 20 years as Principal Percussionist with the Sydney Symphony Orchestra and 16 years with internationally acclaimed Synergy Percussion.

Ian is a performer, composer, teacher and a creative force. He has performed all over the world and collaborated with leading composers and performers for the the past 40 years. As Artistic Director of Taikoz has collaborated and composed works for and with artists and companies as diverse as John Bell and the Bell Shakespeare Company, taiko greats Kenny Endo, Kaoru Watanabe, Eitetsu Hayashi and Eitetsu Fuun no Kai, and choreographers Meryl Tankard and Anandavalli. In 2012, Taikoz collaborated with Japan’s legendary taiko ensemble Kodo on a nation- wide tour of Australia. With Taikoz, Ian has also appeared in concerto works with the Sydney, Melbourne, West Australian and Queensland Symphony Orchestras, as well as the Dresden Sinfoniker in Europe. In 2016, Ian composed music for Chi Udaka, a collaboration with Lingalayam Dance Theatre that toured Australia and India to critical acclaim and most recently produced Land – Sea – Sky – Home in celebration of the Taikoz 20 year anniversary, Toward the Rain the award winning short music film, a new full length work Seven Flowers premiered at the City Recital Hall in Oct 2019 and a four hour non stop music Meditation Marathon featuring Taikoz and guests soloists for International Make Music Day 2020.

In 2007 Ian received the APRA-AMC Classical Music Award for Long-term Contribution for the Advancement Of Australian Music, and in 2016, the Japanese Foreign Minister’s Commendation for his contribution towards promoting friendship and goodwill between Australia and Japan. 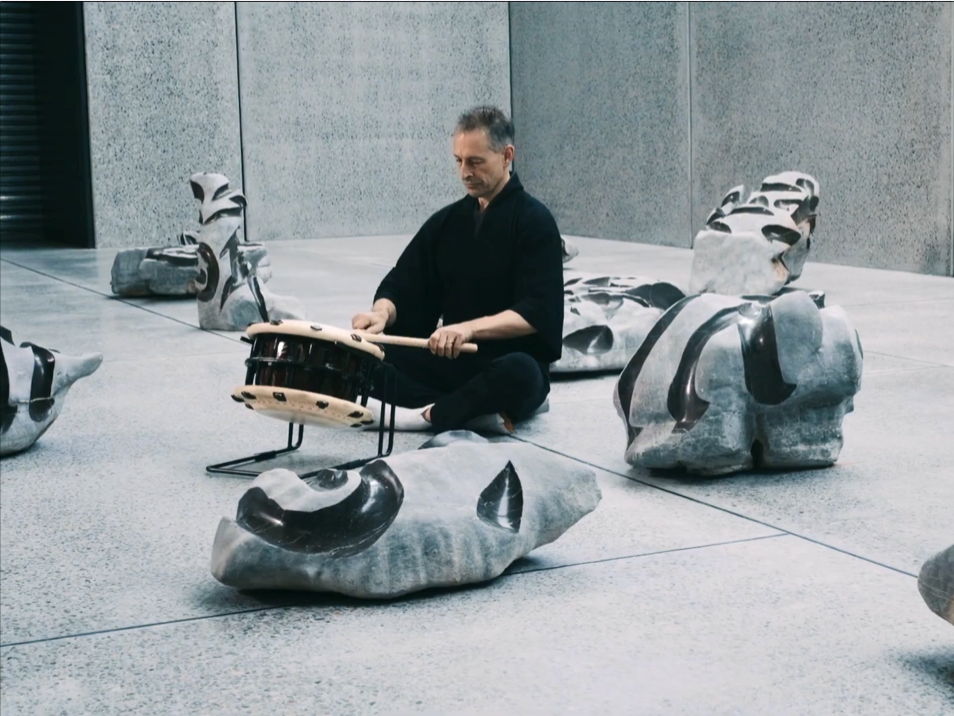