Drawing audiences into the changing worlds below river surfaces, Alluvial Gold takes the histories, materials and ecology of metropolitan rivers as a point of departure. During the European settlement establishments and in the decades that followed, native shellfish reefs within Australian rivers were heavily dredged and ground up for mortar, roads and building materials in cities, particularly in areas used as ports or trading routes following European colonisation.

Glimpses of the changing world beneath the surface are projected via stunning underwater video and audio, saturating the performance space in both the sonic and the visual, offering an otherwise hidden perspective of what is below the surface.

Most recently, at the 2020 APRA AMCOS Art Music Awards, she won Performance of the Year Award for solo project Sheets of Sound, and the WA Luminary Award. Louise is a Churchill Fellow, Senior Research Fellow and Percussion Coordinator at Monash University, where she is undertaking a prestigious Australian Research Council Fellowship (DECRA) in artistic research, creating five new works with collaborators working across music, visual arts, digital arts and spatial design. Her writing on music focuses on music and gender, Australian music, and notation, and is published widely including her book Global Percussion Innovations:

The Australian Perspective(2019) and academic journals Contemporary Music Review, Tempo and Musicology Australia and Percussive Notes. Additionally, Louise regularly convenes and directs events designed to draw communities together through music making, including the annual Day of Percussion (est. 2012). In 2019 she convened the Gender Diversity in Music and Art conference. Previously, Louise founded and directed Piñata Percussion at The University of Western Australia, where she was Senior Lecturer and Chair of Percussion (2013-2019). 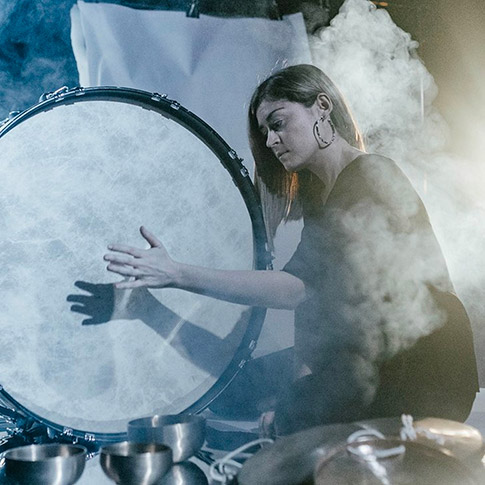